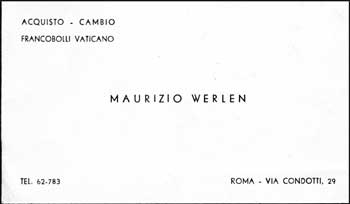 As languages know many dialects and evolutions, there is a large variety of explanations (e.g. dialect German Werlein = a small dike, Werli= diminutive of Werner, Werl = grasshopper, Werle= gadfly, Werlin = a face with a tumor). I prefer the following more romantic version: In the 9th century the Emperor Charles the Great persecuted not christianised Germanics. Documents written in the year 802 named their hidden resistance camps CASTRUM WERLENSE.

From this origins we know places like WERLE, WERLEBURG, WARLO, WERLAON etc. / And from the same origin medioval first names WERLI, WERLE, WERLIN and others.

We will never know, if the origin of a familyname Werlen was the first name of an ancestor or if an ancestor had a link to the mentioned places.